I posted this odd pie to a group page on Facebook and some of the comments said that it looked a little to real to eat. Of course we ate the pie, but, the raven was removed.

I think I enjoy making pies most when they push the limits. This one was challenging and it made me think on how I could make pastry into a bird.

Blackbird Escaping from the pie!

Sing a Song of Sixpence

Sing a song of sixpence,

A pocket full of rye.

Baked in a pie.

When the pie was opened

The birds began to sing;

Wasn't that a dainty dish,

To set before the king.

The king was in his counting house,

Counting out his money;

The queen was in the parlour,

The maid was in the garden,

Hanging out the clothes,

When down came a blackbird

And pecked off her nose. 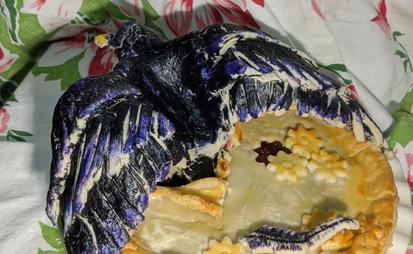 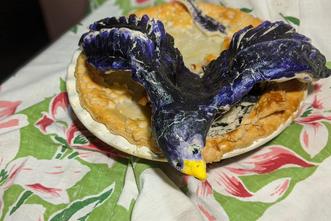 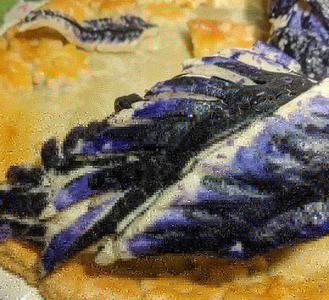 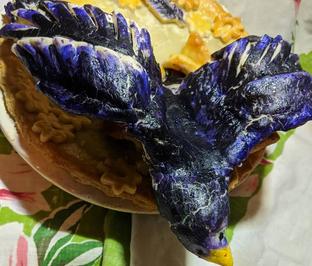 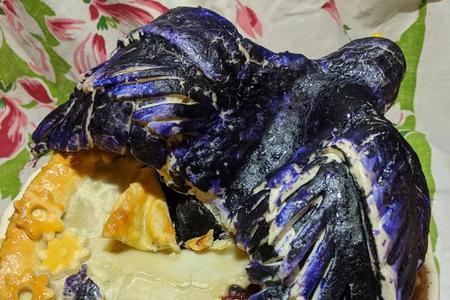 This was fun to make. The raven started out as a wire frame and then covered in pastry. So, it was not edible.

I painted the raven with food gel mixed with cream.